The clandestine Chinese restaurant in Lisbon

One of the first things they told me when they arrived in Portugal was " We are going to take you to eat at the clandestine Chinese restaurant in Lisbon "-" What? "

They explained to me that there are some" clandestine "food places in the city, places that are only known by mouth in mouth, they are not in tourist guides and were made to satisfy the respective immigrants, but they welcome all those foreigners who visit them.

After a couple of days of cod the moment arrived: "Tonight Come on, "they told me.

At 8:00 p.m. we went down the lonely alleys of the Old Quarter of Lisbon until we reached the central square of Martim Moniz where we met a third friend.

Then we crossed the square until we came to a corner with a shop selling Chinese products. In that place there was a dark and lonely alley. We're headed towards it. 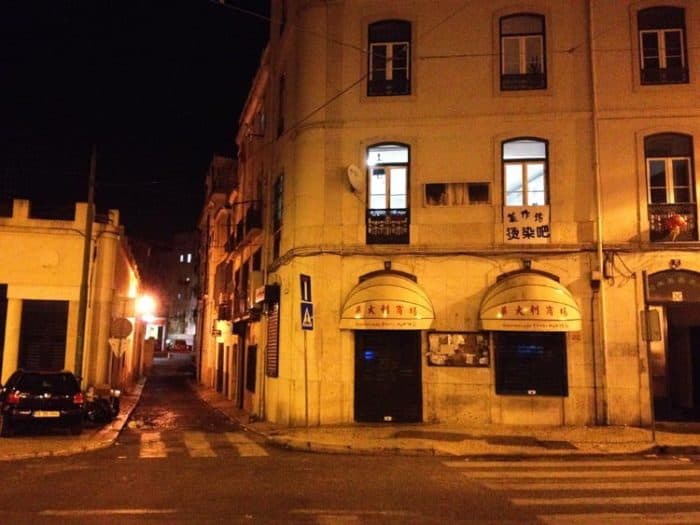 After waiting a couple of minutes I went to the door, apparently closed, I pushed it and Opened. "Boys ... let's go in," I said.

The interior of the building was a very dark and very low corridor, I had to walk in a crouch. In the background, light. A staircase.

We begin to climb.

Second floor: two doors, one of them with Chinese characters. We arrived! Shall we arrive? 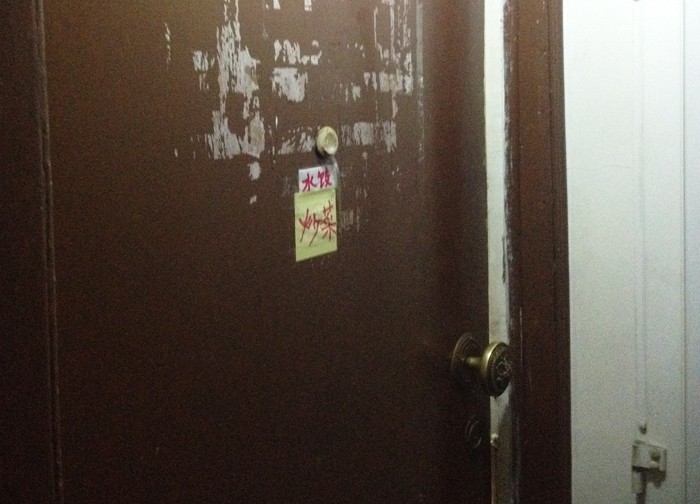 It was ajar, but like the we play. Immediately a lady made us go.

When entering the place we saw several tables, one of them, at the back, with several seated Chinese who stopped talking to each other to stare at us from bottom to top, analyzing us. Then they smiled, they greeted us kindly and they continued in theirs.

The place is/was an apartment where everything was removed and tables were placed. In the back there was a door that gave access to the kitchen and the bathroom. In fact if you wanted to go to the bathroom you had to go through the kitchen.

We felt like we were in a movie. But we were not the protagonists. In this case, our role would be that of those filler actors that fly out of the windows in the action scenes.

After relaxing with a couple of beers, they brought us the letter. It was written in Portuguese and in Chinese. 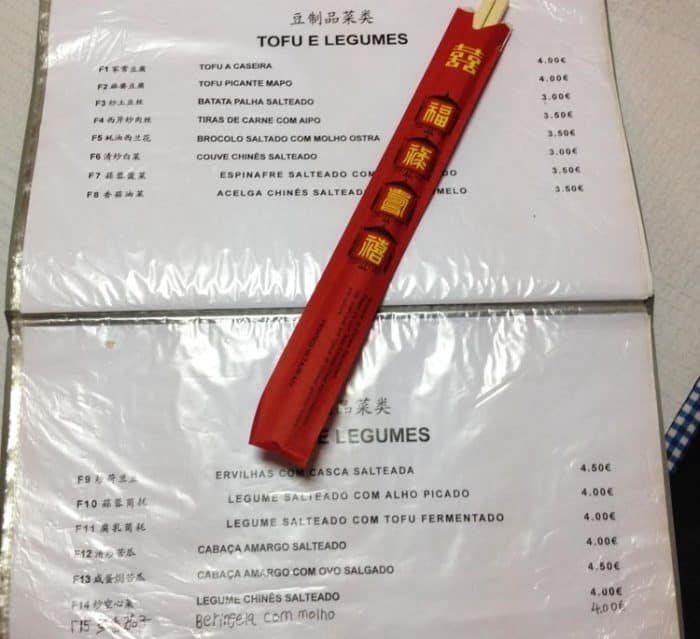 From this moment on, the night became an incredible gastronomic experience.

I can say with total confidence that I tried one of the best Chinese meals of my life.

First we ordered tofu accompanied by millennial egg. Do you know what a millennial egg is? For it is indeed an egg, which has been preserved and "cooked" for several weeks or even months, in an alkaline environment. This process causes the egg to change its properties, it turns dark green and has a gelatinous texture. Its taste changes completely. It is indescribable and is not suitable for people with sensitive palate. I loved it. 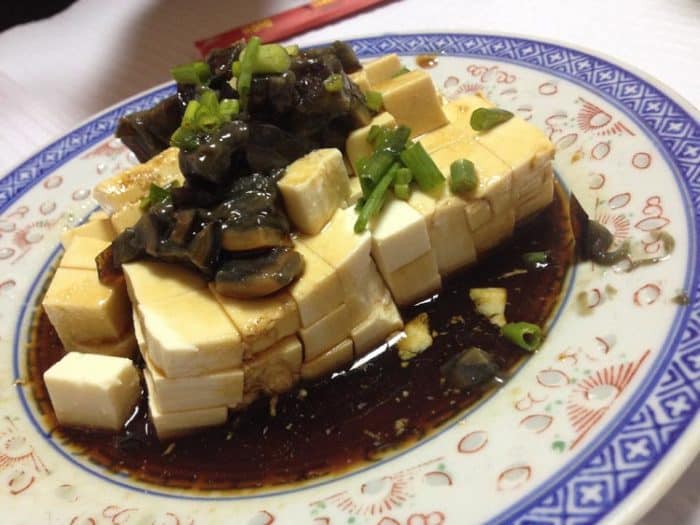 We also ordered some eggplants with honey and spicy that were a total addiction. Exquisite. 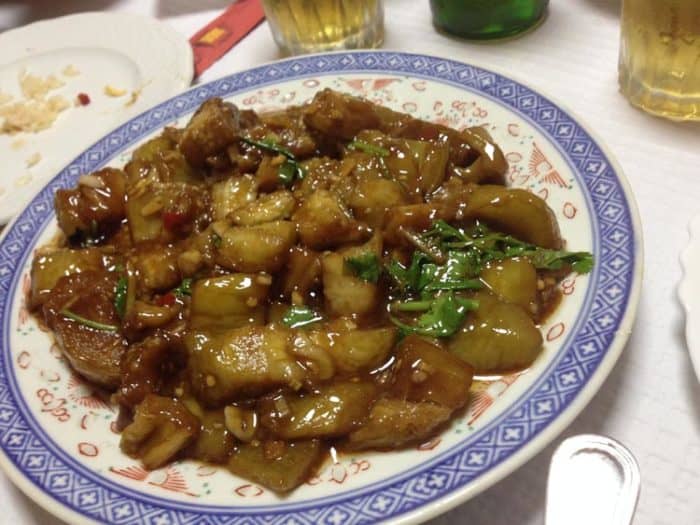 Afterwards they brought us to the table a Pork stew that we ordered that came in a deep bowl.Result? The "broth" was the hot sauce that accompanied the pig. AND IT WAS ONE OF THE MOST SPICY SAUCES I'VE TASTEED IN MY LIFE. I think I stopped breathing for a few seconds. But since I'm a masochist, I kept eating. 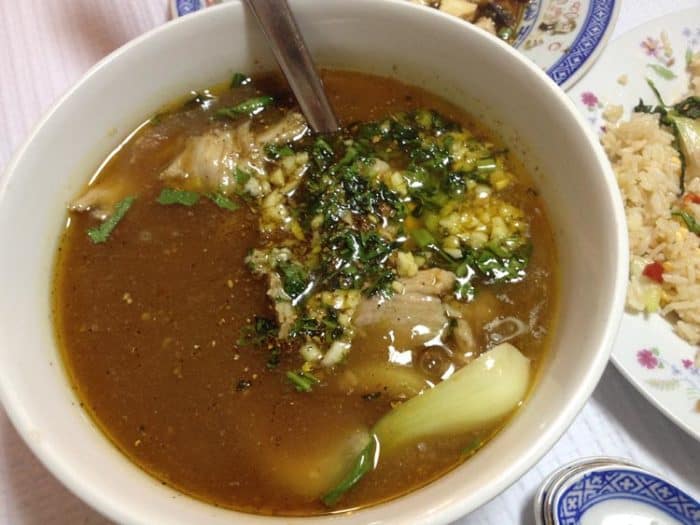 Then we They brought a delicious steamed fish with chives and soy sauce. Of mild flavor, necessary to relax the palate a little. 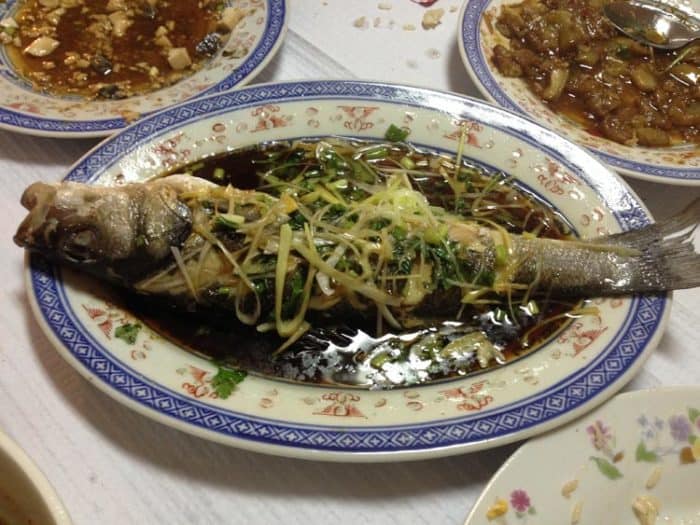 Finally, or rather between bites of the other dishes, we ate a Cantonese-style sautéed rice, of that white color with several vegetables. Simple and perfect to accompany the meal. 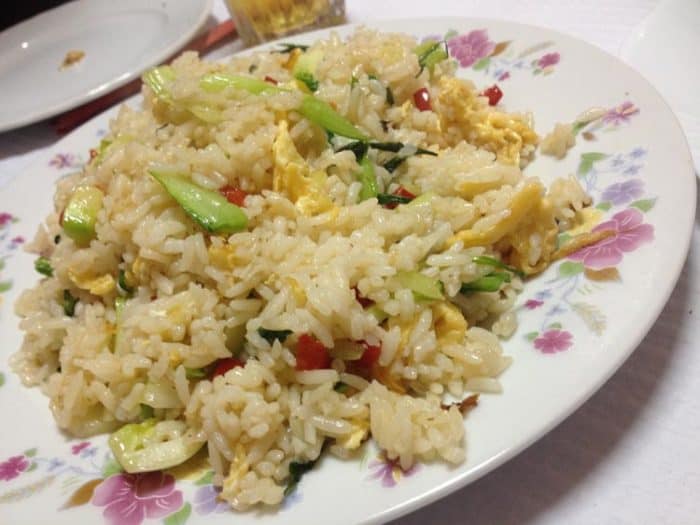 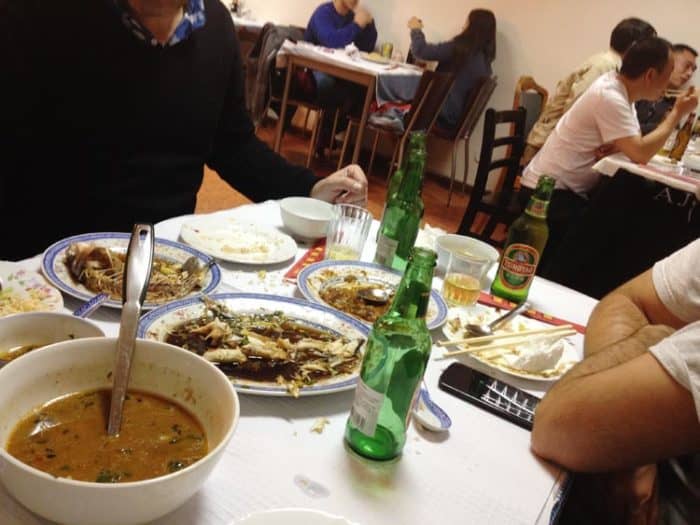 Address: Beco Barbadela, Lisboa. It is the alley of the photo (diagonal to the Martim Moniz square). Second door (or was it the third?). Second floor.

If you want to try Chinese food less clandestine and more "normal" in Lisbon, I recommend you visit the Hua Ta Li. You can read more about this place by clicking here.