Have you tried Korean food? In Caracas there is a restaurant that prepares it, it's called Din Din Korea, and it's amazing.

I discovered it a couple of years ago thanks to comments from friends and since then I've gone in total about 6 or 7 times.

It is located on the First Avenue of Los Palos Grandes, near the subway, half a block from Francisco de Miranda Avenue (see map at the end of this post)./p>

This place has its origins not many years ago in the house of its owners, in the same urbanization of Caracas. At that time they had some tables in their own room to serve the public. You should call by phone to reserve and find out about the menu of the day. Nobody knew the site, you knew about it because someone told you.

Apparently it went very well and decided to expand to a much more accessible business premises.

The restaurant has a elegant decoration, with motives according to the country it represents. It is attended by its owners, a family surnamed Kim (as I have been told), along with some employees. You will always find half of the tables occupied by Koreans, this speaks very well of the place.

The letter comes with photos with which you can help you select what to eat. Anyway, those who attend you know how to guide you, and if it is your first time they will explain what to ask. 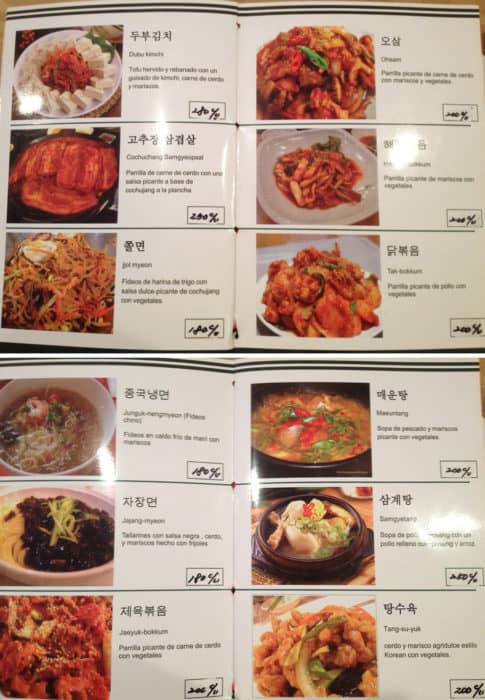 The most typical thing, and that I recommend, is to order a grill of pork and seafood, or the beef that you give a few leaves of lettuce to wrap the pieces like tacos or fajitas. p> 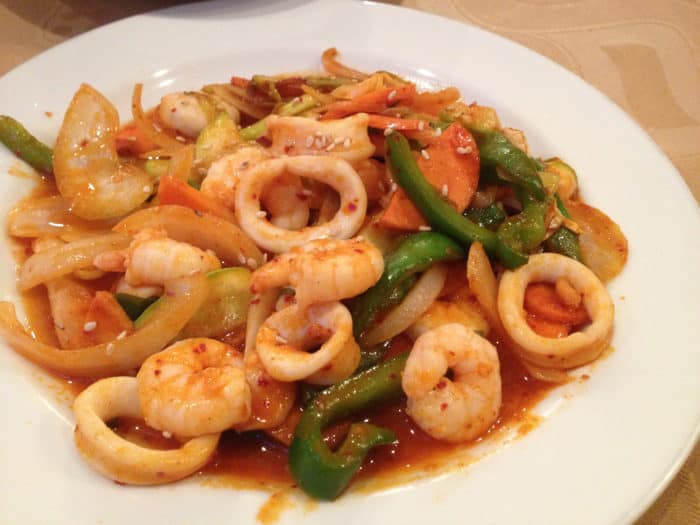 These dishes come with everything. They give you a light soup first, then they bring you a bowl of white rice, about 5 contours to share with others and the grill as such, depending on which you choose, comes ready from the kitchen or bring you a special round burner where they make your meat on your table. 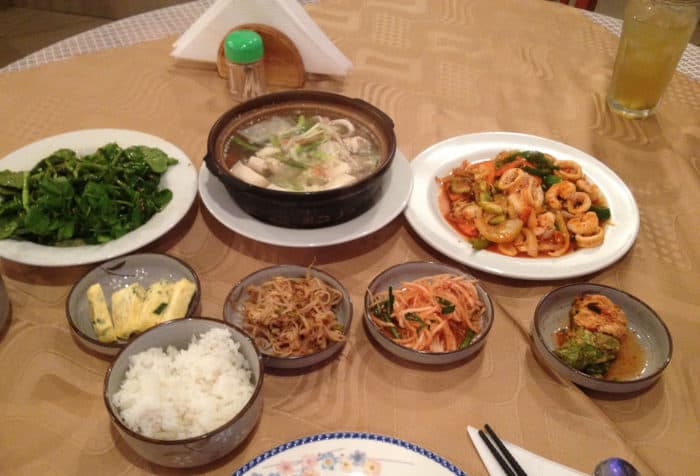 Korean food is spicy , has many vegetables and revolves around rice , so this ingredient is put on the table as the main one. The idea is to take with the chopsticks both pieces of the grill, and the contours and eat them on the rice, mixing it.

The contours may vary: 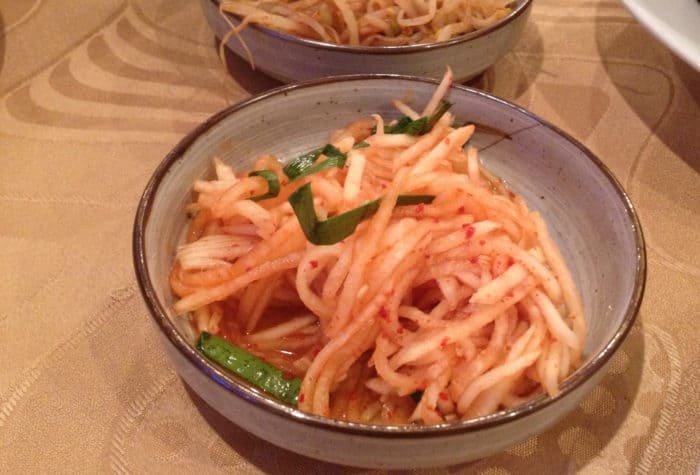 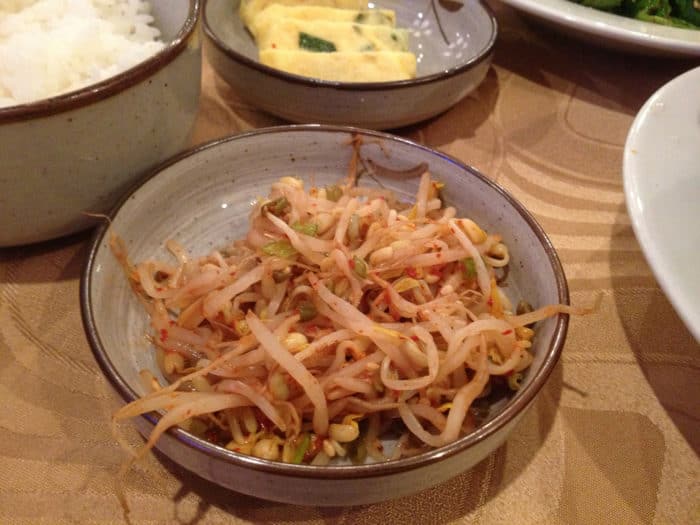 They serve watercress with spicy, bean sprouts with some sauce also semi- spicy, shredded turnip (this is delicious), an omelette with vegetables, sometimes they put dried anchovies with a sweet-spicy flavor, and the inevitable protagonist of the contours, the kimchi, which is a spicy fermented cabbage, with a flavor Weird, explosive, it reminds you a bit of the Japanese wasabi. 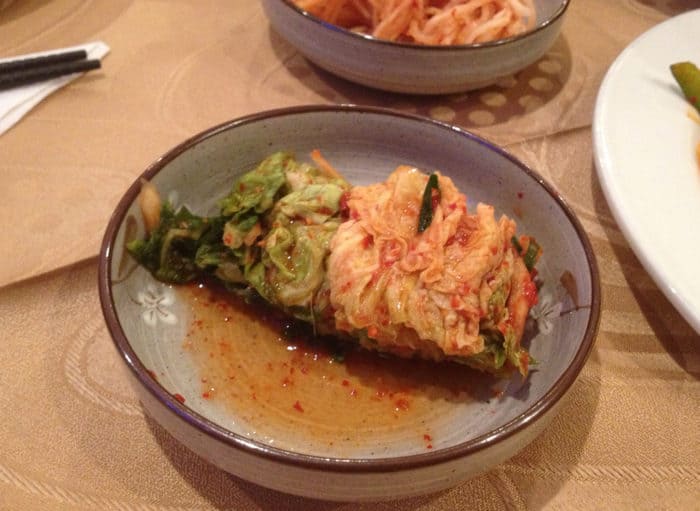 All this, as I told you, you alternate with your white rice and with the meats that are as requested for the grill (which is also usually spicy, although you can ask that it is not).

Apart from the grills there are noodles, tofu-based dishes, and soups, many soups. On my last visit I ordered a seafood one, which had even crab legs. It had a fairly mild flavor compared to the other things.Well, it's an atypical restaurant, the only one with Korean food in Caracas, beware if not all of Venezuela. It's not that cheap, but since you're probably not going to go every day, you'll have no problem approaching it from time to time.